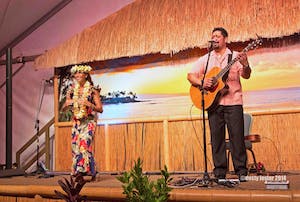 In college he discovered a passion for the electric bass and he began accompanying performers such as Henry Kapono and Loyal Garner. He was Don Ho’s bass player for 16 years.